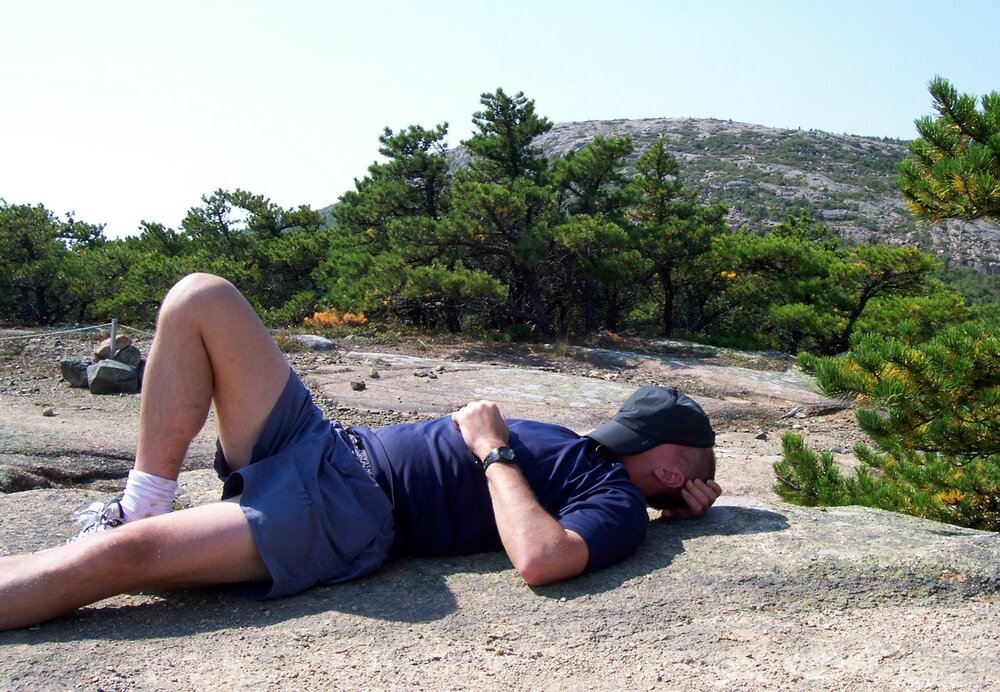 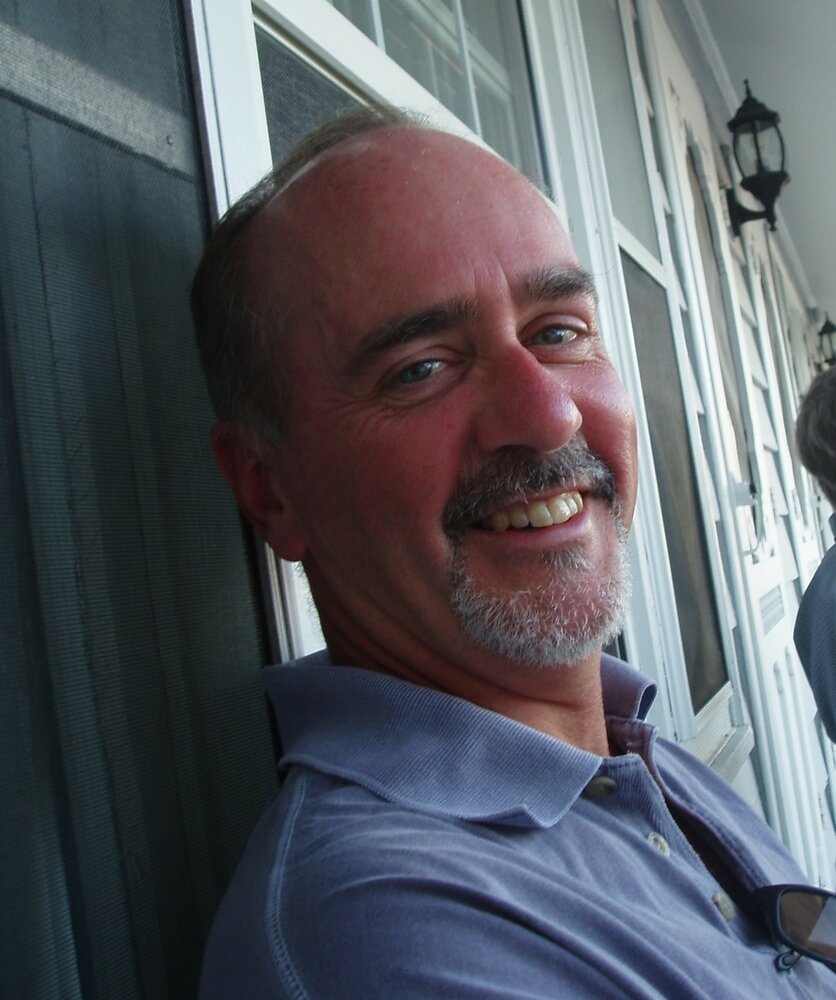 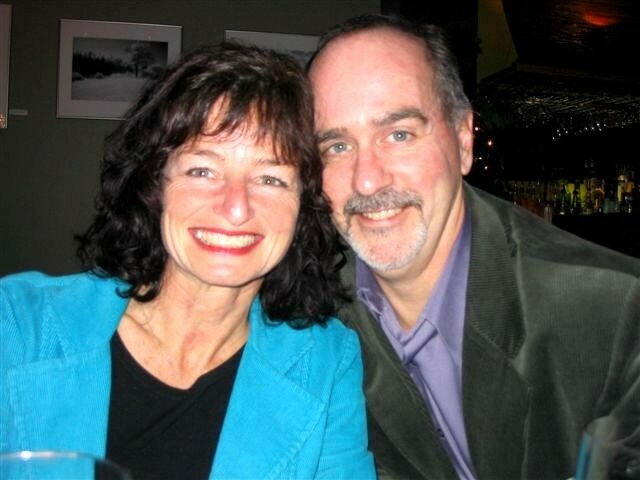 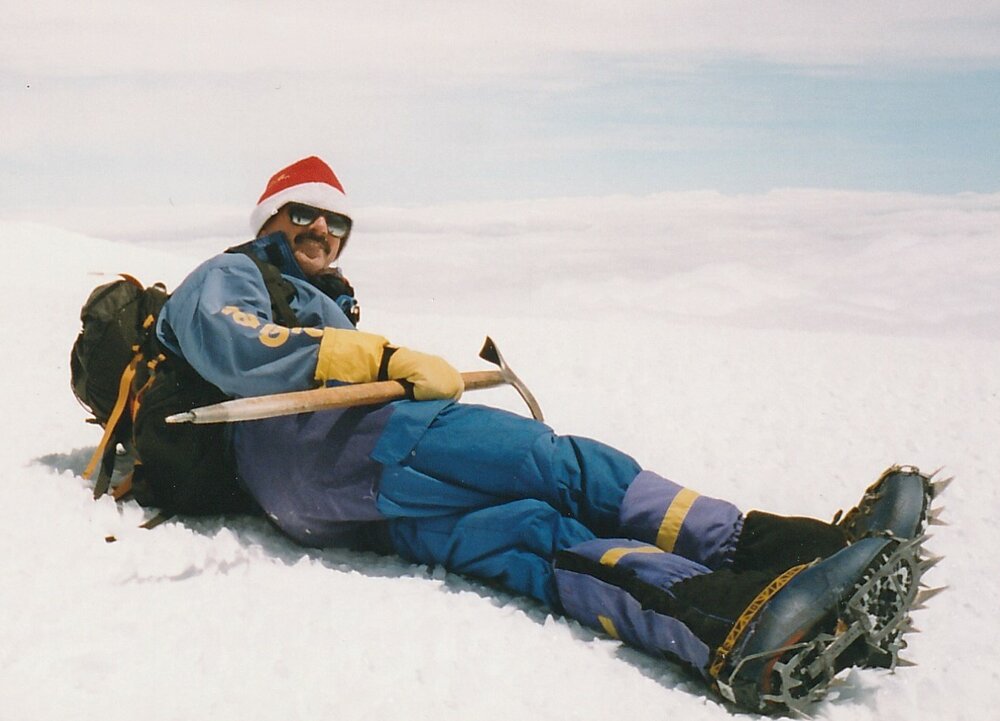 John was a slow eater with a quick wit - always the last to finish a meal because he was so totally engaged in conversation with people around the table, listening intently, telling stories, playing with words, laughing and making others laugh.  John’s sister, his protector as a child, would capitalize on his slow eating by stealing bits of food off his plate. Others may have retaliated but even as adults, John would accommodate Joyce by putting a little extra on his plate and inching it slightly in her direction during a meal. He was kindhearted, one of those remarkable people who was completely accepting of everyone, adjusting to accommodate and relate to whoever was in the room whether connecting with his aging mom or mother-in-law, bonding with nieces and nephews, engaging with strangers in a coffee shop, collaborating with colleagues, interacting with clients or sharing a dish with his sister. He was a gentle person full of humanity, intelligence, and humour.

John was a self-proclaimed “plant guy” having studied, worked and played with plants his entire life. He was extremely capable with expertise in biosciences and technology, business administration, innovation, plant physiology, economic development, project management, research management, and technology transfer. He worked in industry, academia, and government in many areas of the country, and parts of the United States.  Despite his experience and success in agricultural sciences and economic development, John’s tendency was to downplay his accomplishments. Nothing John did was from ego and he was not driven by accolades. Every undertaking was approached from a desire to help others.  For decades he worked tirelessly, bringing groups and individuals together to develop and promote New Brunswick products and people. His interests were in efforts that benefited the common good, building partnerships and seeing potential that others had missed. Nelson Mandela equated a great leader with a shepherd who “stays behind the flock, letting the most nimble go out ahead, whereupon the others follow, not realizing that all along they are being directed from behind.” John was a great leader not only in the way of a shepherd but also quietly leading by example, both professionally and personally.

John learned to swim when he was young, which became a lifelong activity as well as a summer job lifeguarding at the enormous outdoor pool as a teenager in Trois Rivieres. He continued to be physically active as an adult, faithfully swimming with his longstanding lane mates at UNB early morning practices; hiking in Canada, the U.S. and every country we travelled; running (and yakking) over many years with the same small group of buddies; and cycling, with and without camping gear, on day trips or longer and once on a solo bike trip through New Zealand.  John entered many competitions over the years but honestly did not care how long it took to cross the finish line.  He was more interested in the fresh air and exercise, enjoying the camaraderie of being part of something bigger.  A good portion of his triathlon time was spent drying his feet between the open water swim and cycling events. On long bike rides John was usually at the very back enjoying the scenery (often singing) and would occasionally disappear, leaving the rest of us waiting and wondering. He would eventually catch up having stopped for a bite to eat, a chat with a stranger or a quick nap at the side of the road.  In 1997, we were given the gift of a canoe, which led to numerous summers enjoying the rivers of New Brunswick. A friend once likened John’s languid paddling technique to twirling a swizzle stick and yet, I knew if ever we capsized while canoeing he would be the one to save me.

John also pursued more creative past-times such as pottery, painting and was an avid reader. He had a good ear for languages speaking fluent English and French, adequate Spanish and a smattering of Portuguese (mostly phrases having to do with chickens).  Not long after moving to New Brunswick, he embraced the local vernacular, and adopted what he referred to as the aspirated affirmative (a quick intact of breath when replying “yup”).

John’s incredible intelligence, extraordinary vocabulary and exceptional memory, made him the perfect partner for games of charades, trivial pursuit and jeopardy. He could remember names of actors and singers, what they played in or sang and many of the lines they spoke or lyrics to their songs. Even when he was no longer able to recall what he had for breakfast, he could still identify plants and rattle off their name in English, French and Latin.

He could laugh so hard that he wouldn’t be able to speak, which generated contagious laughter among the people around him. A single word or a phrase could set him off (the plant joe pye weed was a favourite). We once had to leave a Cape Breton tearoom, as did the table next to ours, because we were all completely incapacitated by laughter that John had instigated.

John loved music and although he never learned to play an instrument, he had a good singing voice and knew all the words from a wide repertoire of songs. No matter what he was doing, John was always ready to break into song - while shoveling snow, digging in the garden, driving or cycling. He also loved to dance and had a few signature moves (frying bacon, anyone?). Many friends recall energetic and joyous evenings of dancing with John.  His mom, Jackie, claimed that her enduring knee problems began with non-stop dancing at our wedding.  John danced the way he did most things, once he got on the dance floor he stayed there, enjoying himself, making it fun for others, believing all songs had merit and trusting the next one was going to be even better.

John was accomplished, educated, well-travelled and yet, he was fundamentally a goofball with a quirky sense of humour. On one particularly arduous, multiday backpacking trip he carried an empty Pez dispenser for the who-brought-the-most-useless-item contest that he had created but neglected to tell others about. Not surprisingly, he won the contest. John also invented a game called “cemetery” for our Nova Scotian niece and nephews. He would tell them to lie on the ground with their eyes closed, hands clasped on their belly, not speaking, playing dead. Meanwhile, John would take a quick nap and the child who managed to stay still and quiet the longest was declared the winner.

Throughout his life, John’s needs were simple, and he had an appreciation for things that others would consider to be ordinary, often deeming the most mundane item, scene or event to be “magical”. On his 40th birthday, when asked if there was one special thing he wanted or needed he declared, “really good underwear”. Friends and family answered the call with enough really good underwear to last until his next milestone birthday. His few self-indulgences included nice work clothes, good coffee and red wine. He would go to great lengths to buy or make cappuccino or as he called it, “posh coffee” and took immense pleasure in drinking hearty red wines among friends, right to the very end of his life. He also had a weakness for cinnamon hearts and had no self-control if there was a stash in the house, once throwing a bag onto the roof to stop himself from devouring them all in one sitting.

John endured his last few years with admirable grace, never completely losing his core self. Even as his illness progressed, he maintained his good humour and derived pleasure from the company of people, good food, music and fresh air. He tried so hard where others might have given up. His brilliant mind failed him and his body betrayed him but thankfully, the essence of John remained intact to the very end.

Sincere thanks to friends and family who supported John through his illness as well as people in the community who were so kind to John early on when he would spend many hours a day wandering around downtown Fredericton. Staff at Scotiabank in Kings Place, Urban Almanac, Gallery 78, Second Cup, Beaverbrook Art Gallery, Happy Baker on King St, Crowne Plaza, Read’s Newstand, and so many others treated John with kindness, dignity and respect. A special, heartfelt thanks to Holly Walker for the infinite care and love she provided, as well as to her family for always treating John as one of their own. We were so fortunate to have you in our lives.

A bench located next to the pond at the Fredericton Botanic Garden will be dedicated to John in Spring 2022.  Take a walk through Odell Park to the Botanic Garden, have a seat by the pond, listen to the birds and frogs, admire nature and wonder, as John would have, at the beauty of the world around you. A dance party will be held for family and friends to celebrate John, once Covid restrictions allow. Donate to a charity of your choice or plant something in your garden in his honour. There are so many stories and memories we all have of him. Please share yours with others by posting them to this page so that we can collectively enjoy the wonderful person that was John.

Remember John; drink a glass of wine (preferably red), dig in the garden, laugh so hard you can’t speak, sing along to Joni Mitchell “River”, the Crew Cuts “Sh-Boom”. BJ Thomas “Raindrops Keep Falling on My Head” or really, any song, dance, enjoy the company of whoever is sitting next to you…and remember John, loved by everyone who knew him well.

Share Your Memory of
John
Upload Your Memory View All Memories
Be the first to upload a memory!
Share A Memory