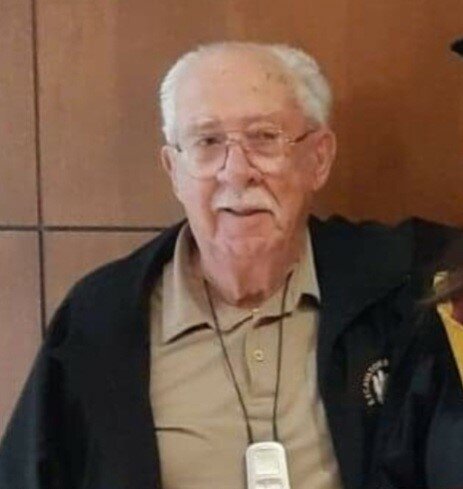 Rene “Pinto” LeFait passed away on July 29, 2022 surrounded by his family. He showed courage and dignity over the past several months as he battled declining health and despite being in pain Rene stayed strong until the end. He was the last member of his immediate family.

He was born in Newcastle Bridge, NB on March 18, 1940 to Mary Ann (Bastarache) LeFait and Rene LeFait Sr. and grew up at the Black Diamond.

Rene was an Iron Worker by trade and worked all over Atlantic Canada erecting bridges, building, and structures. He was very well known and respected in the community for his generosity.

In 1977 Rene, his wife Betty, and daughter Ann started R&D Welding & Mechanical Contractor Ltd. In their back yard on Pleasant Drive. Over the past 45 years, it has grown to include sons Mike, David and daughter-in-law Stephanie. He has worked hard up until a few weeks ago. His love for the company and meeting people through making deliveries of attachments kept him young at heart.

He also was survived by his lady friend Phyllis (Doreen) Swift.

A limb has fallen from the family tree that says grieve not for me. Remember the Best Times, the laughter, the song, the good life I lived while I was strong!!

Resting at Hogg Funeral & Cremation Services on Thursday evening from 6-8pm. Funeral Service will take place 11:00AM Friday, August 5th, 2022 from the Baptist Church of Minto. Interment will take place in Saint Michael and All Angels Anglican Cemetery. For those who wish, donations made to the MEMS Breakfast Program would be greatly appreciated by the family.

Share Your Memory of
Rene
Upload Your Memory View All Memories
Be the first to upload a memory!
Share A Memory