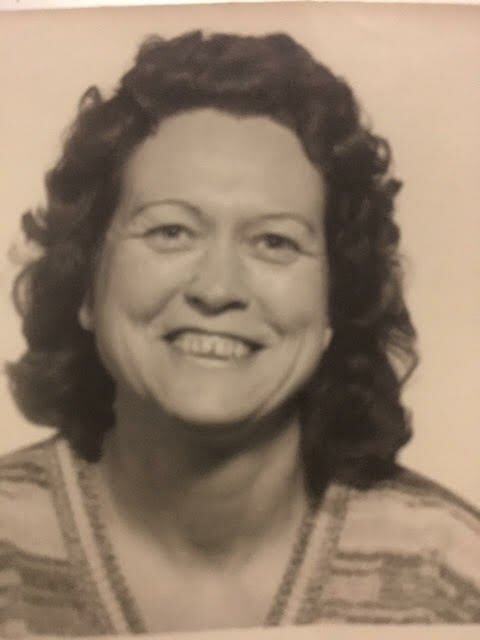 The death of Edna Joan Baker of Minto, NB occurred peacefully in her sleep on Monday, October 10, 2022 at W.G Bishop Nursing Home.

Born in Alton Hampton, UK she was the daughter of the late John and Mary (Baker) Reynolds.

In addition to her parents, Edna was predeceased by her husband Hugh Stanley Black and a sister Patricia Meyers.

I didn't admire her for her smile, although it was beautiful.

Not for her eyes, despite how brilliant they were.

I admired how she stood tall and proud exposing her war wounds and battle scars for everyone to see.

She had courage and strength, which I admired.

She will be deeply missed from all that loved her, I will treasure every moment she was in my life. And when my time comes, I can only hope but be reunited.

Share Your Memory of
Edna
Upload Your Memory View All Memories
Be the first to upload a memory!
Share A Memory
Plant a Tree