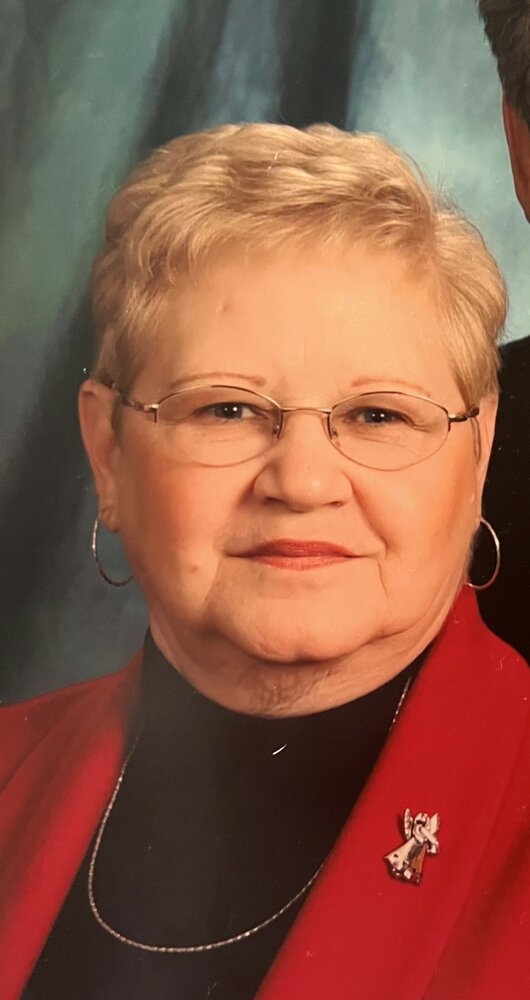 We would like to pay tribute to a special mother, grandmother, wife, mentor and friend. Georgina Lille Marie McKenelley was born in Riverview, NB on February 22, 1943. She was the daughter of the late Alyre and Yyonne (LeBlanc) Hachey.

A lifelong resident of Minto, Georgina was an active child and a competitive athlete. She excelled at basketball, softball, bowling and track & field and played on multiple teams throughout grade school.

She graduated from Teacher’s College and began her career teaching French in Sussex before coming back to Minto and teaching at the Holy Rosary, and then at the middle school until her retirement in 1999.

Georgina and her husband Hayward married in July of 1964, and soon after started a family. They had two sons, Blaine and Brent, who were the light of her life. The boys kept them busy - as they took after their mother and were heavily involved in local sports. Georgina even coached the boys' softball team, as well as the local women’s volleyball league. Her love of sports even carried through to her grandchildren! With all six of them competing at a competitive level - you couldn’t miss her in the hockey stands or on the side of the soccer field cheering them on.

Georgina was a kind, loving and generous soul. She loved days spent with family, capturing moments ranging from ordinary to extraordinary. An avid photographer, she could always be found behind the camera; a final gift she left for her family who had an abundance of photos to go through - many that they had never seen. A glimpse of the life she lived through her eyes.

She was a lifetime member of the Catholic Women’s League of Canada. A woman of God, Georgina found a loving church community wherever she was - including the Holy Rosary in Minto and Saint Agnes in Middleton, Ma.

She loved to travel, and spent a large majority of her adult life snowbirding in Bradenton, FL with Hayward.They drove from Minto to Florida every year, taking advantage of stops along the east coast. They enjoyed frequent visits from their family and friends where they enjoyed going to the beach, playing shuffleboard and spending time at the recreation hall.

A lover of all animals, Georgina’s motherly nature extended to the many cats she cared for throughout her lifetime. Later in life, she was spoiled by her multiple puppy grandchildren who provided her countless hours of comfort and fun.

Family was at the core of Georgina’s spirit. There was nothing she wouldn’t do for those who were lucky enough to know her. She is survived by her loving husband, Hayward McKenelley; sons, Blaine (Jennifer) and Brent (Gina) both of Boston, USA; 6 grandchildren, Ashley Sinclair (Steve), Emily Laroche (Nicholas), Abigale, Jake, Olivia and Zachary; brothers, Clarence Hachey of Dieppe, NB and Ernest Hachey of Amherst, NS; sisters, Diane Allain of Ayer, Mass and Irene Couture of Marlborough, Mass; half sister, Dorothy Bondy of Windsor, ON; several nieces, nephews and cousins.

Georgina passed on January 13, 2023 at the Chalmers Regional Hospital. Resting at Hogg Funeral & Cremation Services (10 King Street, Minto, NB) on Thursday evening from 6-8pm. Funeral Service will be held 11:00 AM Friday, January 20, 2023 from Holy Rosary Catholic Church. In lieu of flowers, donations made to the Alzheimer Society of NB, Saint Bridget’s Cemetery or Holy Rosary Catholic Church would be greatly appreciated by the family.

We thank God for Georgina’s life, and all the years we shared with her. We shall carry her in our hearts now and forever.