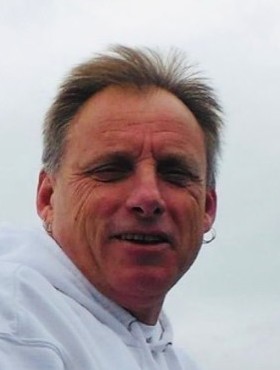 The death of Kevin Donald “Key” West occurred Thursday, November 5th, 2020 at his home in Minto.

Born in Minto, he was the son of the late Donald and Emma (McNeill) West.

In the early years of Kevin’s life, he worked for Irving Limited doing tree thinning.  Later in life he went to work for Waybren Limited.  He worked there for many years as a Loader Operator of snow removal. Kevin believed everyone should continue to learn and improve themselves.  He believed that gaining the necessary skills to do a job right was very important.  At the age of 61, he enrolled in an online course to get his Class 3 Drivers License.  Kevin was proud of himself for taking on this challenge.

Kevin’s love for music began at an early age when he started playing the drums.  His most recent drum set is among the many toys that remind us of how he enjoyed spending his time.  His time was also spent enjoying the great outdoors.  In recent months, Kevin could be found boating on Grand Lake with family.  Kevin enjoyed biking, fishing, deer hunting and moose hunting.  Having recently gotten a nice moose, Kevin was planning on more time in the woods with friends in the coming weeks in a crow’s nest or in the truck looking for a buck.  During the winter, Kevin created some great memories with friends while out on his skidoo.  He will  be remembered by most for the passion he had with fast cars, nice fast cars, and the countless hours spent in the garage tinkering on a toy or under the hoist of a vehicle he was bound to make better in some way.

Resting at Hogg Funeral Services (10 King St. Minto, NB) with visitation on Monday from 3 -7pm. Although the Funeral Mass is by invitation only. A graveside service will be held 12:30pm Tuesday, November 10, 2020 at Saint Bridget’s Cemetery. In keeping with COVID-19 restrictions, masks are mandatory and please respect social distancing.

In lieu of flowers, the family suggests memorials to the Minto Elementary Middle School (MEMS) breakfast program or the St. Bridget’s Cemetery.

Share Your Memory of
Kevin
Upload Your Memory View All Memories
Be the first to upload a memory!
Share A Memory
Send Flowers
Plant a Tree