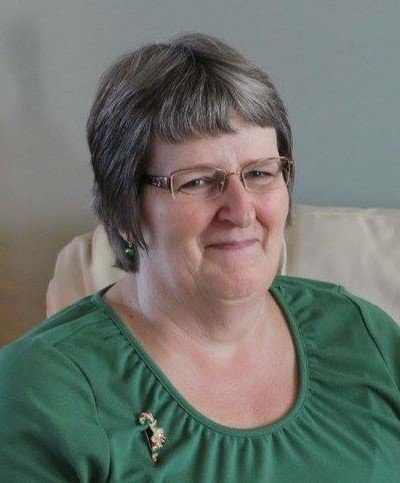 The death of Susan Miriam Barton of Cumberland Bay, NB occurred Thursday, October 22, 2020 at her home.

Born in Minto, NB she was the daughter of the late J. Hazen and Altha M. (Wasson) Barton.

She was a member of 2464 from the creation of the local. Susan became involved in the Fredericton and District Labour Council in the mid 1980s. she held various positions with the labour council.

Susan was elected an Area Vice President of the New Brunswick Frederation of Labour in the late 1980s until mid 1990s.

Susan was elected to the executive New Brunswick Council of Nursing Homes and soon became president. This was what she most cherished. Susan made many accomplishments while President of the council. She was Secretary treasure of CUPE NB and then President of CUPE NB. Then became a CUPE National Servicing Rep until her retirement. One of her greatest abilities was mentoring new CUPE staff into the job. She helped many many people ease into their various roles within CUPE.

The Susan Barton Award was created by the Women’s Committee of the New Brunswick Council of Nursing Home Unions to honor Susan’s activist spirit, volunteerism and her commitment to workers rights, equality and social justice.

In addition to her union activism, Susan was Politically minded becoming involved in the Green Party. She was very concerned about climate change especially as it pertains to flooding. She very recently became president of the Local Service District of Waterborough.

Susan was a beautiful and generous person who loved to cook and make pickles and other goodies which she always shared with family, friends and neighbours.

She loved nature, wildlife, feeding the birds and indoor and outdoor gardening. Susan enjoyed going for walks and playing fetch with her beloved dog Bentley and their dear friends Felicia and her dog Ranger.

Susan’s love of cooking and loyalty to family were evident when she hosted her annual Easter and Thanksgiving feasts. She also hosted the Wasson family reunions for nearly 30 years. She will be sadly missed and fondly remembered by everyone whose lives she touched.

A graveside service will take place 2:00PM Saturday, October 31, 2020 from the Lower Range Cemetery, Cox Point Road, Cumberland Bay, NB. In keeping with COVID-19 restrictions, please wear a mask within the cemetery and respect social distancing. For those who wish, donations made to SPCA or Lower Range Cemetery would be appreciated by the family ww.hoggfunerals.ca

Share Your Memory of
Susan
Upload Your Memory View All Memories
Be the first to upload a memory!
Share A Memory
Send Flowers
Plant a Tree